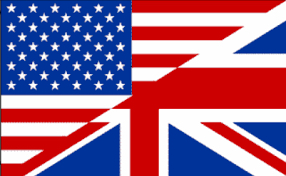 
Ashley Madison is not your typical dating service. Created in 2001 for partners and married couples who desire discreet extramarital experiences. To date, the Ashley Madison niche still maintains an environment for the sexually adventurous. The site has been around for quite some time, and since there is nothing new about having affairs online, it has adjusted quite well. Subsequently, it expands into a wider audience including monogamous, polygamous, open relationships, etc.

Due to the gain of the popularity of online dating businesses, Ashley Madison has gained an impressive level of popularity, gathering members from all over the world. With its unique audience, you won’t be surprised that the platform attracts millions of members worldwide with most of the traffic coming from large countries such as the United States, the United Kingdom, Canada, and Brazil. The majority of its members are middle-aged plus.

HOW DOES IT WORK?

Ashley Madison has a straight forward registration process that doesn’t require lots of personal information which is comforting due to its sexual nature. It does for good sake ask its members to specify their current relationship status plus general information such as height, ethnicity, limits, etc. This information is helpful so that your profile reflects what you want and care about. Registration is free and takes less than five minutes which within that time you are prompted to upload a photo. Before posting your photo, you can blur or add masks to your image with a simple editing feature which is a great way to keep members safe and anonymous.

Ashley Madison values ​​your privacy so discretion matters! The platform has several functions designed to keep your private life “private” for whatever the reason. The platform is completely independent and doesn’t ask you to link your account to any other social network. The inbox automated “quick response” feature: Sometimes it can be overwhelming to see an inbox full of messages, so it has an inbox control feature designed to help manage your connections with an automated “quick response” feature.  Therefore, If you have too many winks or favorites, you can easily let those know that you will get back to them.

In 2017, ashleymadison.com obtained the “Privacy from design” certification from The Ryerson University Center for Excellence. Privacy from design is an infrastructure created by Dr. Ann Cavoukian, former Ontario data, and privacy commissioner, who actively seeks privacy as an integral part of a site’s specifications. Business practices are interconnected with security networks thus achieving the strongest possible protection. This certification was developed to improve the functionality of privacy, representing significant advancements for companies and organizations that are trying to incorporate top-notch privacy practices.

For a platform originally designed specifically for married couples seeking discreet extramarital affairs, it has evolved into something much more. One of its low points is its poor customer service, due to being fully automated, it negatively removes human interaction and so difficult to address specific concerns.  Furthermore, during a customer feedback survey, the reports were primarily complaints of the site having an unusual amount of fake profiles.


Your email address will not be published. Required fields are marked with *